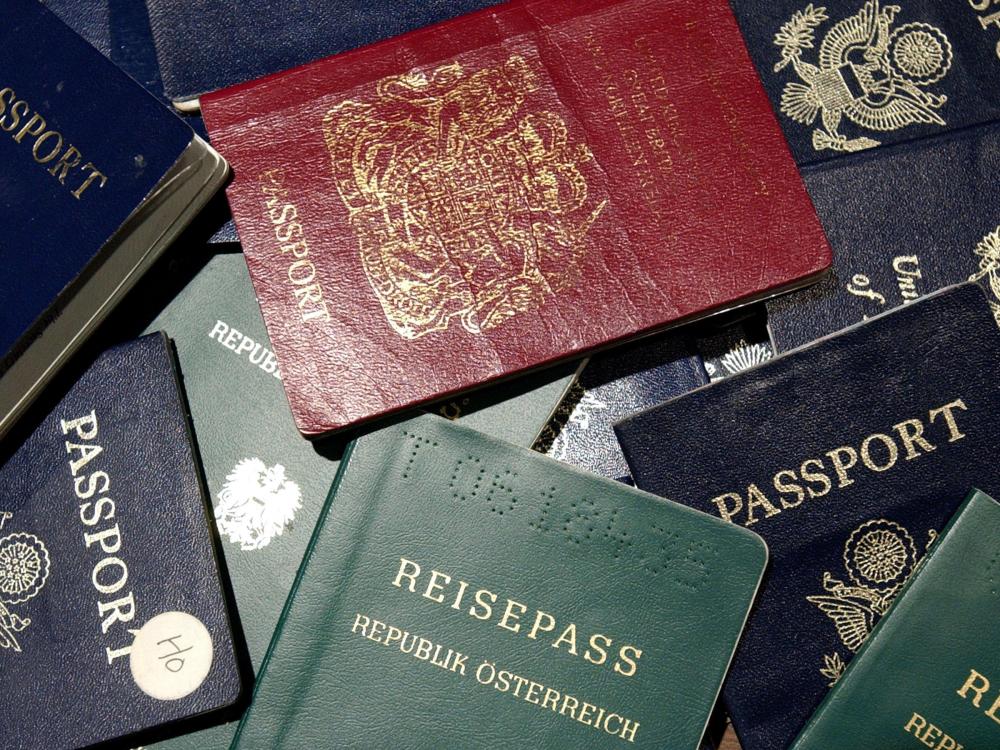 The line snaked all the way around the building. This eternal queue and the small talk I inevitably would have to endure were the main reasons why I dreaded this trip. It took a stolen wallet and the realization that my Consular ID Card was within it to initiate one of my rare trips to the embassy. In these days of heightened security, being caught without ID was not a particularly good idea. I needed to have it replaced immediately.

I stood in line with several chatty people. Short and stocky, tall and wiry, they all seemed to be business men though they never wished to get into any great detail about what sort of business they were in exactly. ‘If you’re not going to reveal anything about yourself, then why be so chatty?’ I wondered. I traded banter with those immediately in front and behind me while listening to others chat among themselves in Yoruba, Ibo, French and even in Wolof- the main tongue of our host nation Senegal.

It was an interesting experience taking all of that in. I wanted very much to feel at home, to feel as though I was among my people. I wanted to believe that we did in fact have something connecting us besides our common passport.

When I finally made it to the front of the line, I breathed a sigh of relief. I would be heading home soon, I hoped. A woman in her early fifties sat behind the counter with a pained look on her face. It had been a long morning and I had no doubt she had enjoyed this morning’s queue as little as I had.

“Good morning Ma,” I said, slowly nodding my head and slightly lowering myself to show respect as I learned to do growing up in Nigeria. I handed her the form that I had filled up and explained to her that I was there because I had lost my ID.

“Ogun State.” She said, reading out loud what I had listed as my state of origin. Though I was born in Lagos and had never actually stepped foot in neighboring Ogun State, in Nigeria when asked what state one is from, one usually answers by stating where their parents are from.

“Yes Ma, my parents are both from Ogun State,” I said sheepishly. I wasn’t expecting to be quizzed about my responses in the form. I immediately began to wonder if I had taken enough time to fill it up carefully. Perhaps this trip to the embassy might take a little longer that I thought. My brow furrowed worrying about this and I even considered asking her to return the form to me so that I could take a second look.

“Where in Ogun State is your father from?” she asked.  She seemed to brighten and if I wasn’t mistaken I could trace a light smile on her face as she asked me the question.

“Ijebu-Ode,” I replied. I felt nervous, still unsure where this line of questioning was going. That was about all I knew about my father’s city. He himself had moved to Lagos as early as when he was in secondary school. If she had any more questions about this I simply wouldn’t have any answers.

“I am also from Ijebu-Ode,” she said excitedly before switching to Yoruba. I could make out enough of what she was saying to know that she had just asked me a question. I saw in this woman immense excitement to meet someone from her corner of the world. I knew that my next words would deeply disappoint her.

Her face fell as she switched back to English. “I recognize your last name, you come from a well-known family in Ijebu-Ode” she said clearly peeved. “How is it that you do not speak Yoruba?”

The profoundness of the question hit me as soon as the words left her mouth. I was in line to replace my lost ID and in the process I was being interrogated about how I had managed to lose my identity.

This was by no means the first time that I had been chided for not being able to speak Yoruba. I had been criticized for it before with criticism that was at times subtle and other times not so much. Each time however, I understood that I wasn’t being judged simply for my failure to grasp the linguistic and grammatical intricacies of a particular language, but for something much deeper. Not knowing Yoruba was interpreted as confirmation of my lost roots, proof that I had lost hold of the intangible thread tying me to centuries of shared culture and knowledge.

I could tell from the disapproving gaze of this woman sitting across from me, fittingly garbed in traditional Yoruba attire, that any attempt at an explanation would ultimately not suffice. I had let her down on a deep level and explaining to her that I didn’t grow up in Nigeria was not going to let me off the hook. My failure to communicate with her in our local language was inexcusable. I had deprived her of a chance perhaps to reconnect with memories of her hometown. A chance to reaffirm her own identity.

I smiled apologetically. Others behind me were peeking their heads over my shoulder to figure out what was taking so long.

“My parents didn’t speak to me in Yoruba growing up,” I said, conveniently throwing my parents under the bus to cut short the awkward conversation. Of course the truth was more nuanced than that and the fault was ultimately mine and not theirs, but I didn’t feel comfortable holding the queue up any longer than I already had and I felt this answer would be enough to move things along.

“Ah… of course” she replied curtly. No more smiles, no more excitement. She shuffled some papers and asked me to pay the fee to replace the lost ID card. “You can pick up your new card anytime this afternoon,” she said.

From her new tone I ascertained condescension, which I didn’t mind and was even used to, but I could also sense something else- pity. I felt she pitied me for losing my identity and I suddenly felt defensive. I wanted her to know that though I may have failed to learn Yoruba, I never lost my identity. I wanted to tell her that although I may not know all the ins and outs of the proud culture of my ancestors, I am nevertheless fiercely proud of the particular nook of the world I was born in, the colorful traditions and the beautifully expressive language of my parents. I needed her to know though, that my identity was never hinged solely on these factors. My identity has always been more complex, influenced as much by my place of birth and ethnicity as by the fact that I have lived on three continents, have called five cities home and a thousand other factors.

All of this would have to go unsaid. I was happy to finally be on my way

“Thank you Ma,” I said respectfully as she handed me my receipt. I wasn’t going to wait around until the afternoon to pick up my new identity card. I would head home and come back the following day to pick it up.

My my new ID card being forged will be plastic and small. It will be easily breakable if put under enough pressure. It will be possible for it to get stolen or to simply get lost. Thankfully my identity is exactly the opposite. It is broad, malleable and impossible to lose nor misplace. And no matter how many languages I may or may not be able to speak, and no matter how many condescending comments and pitying looks I may receive in the future about this, I know my identity will be just fine.